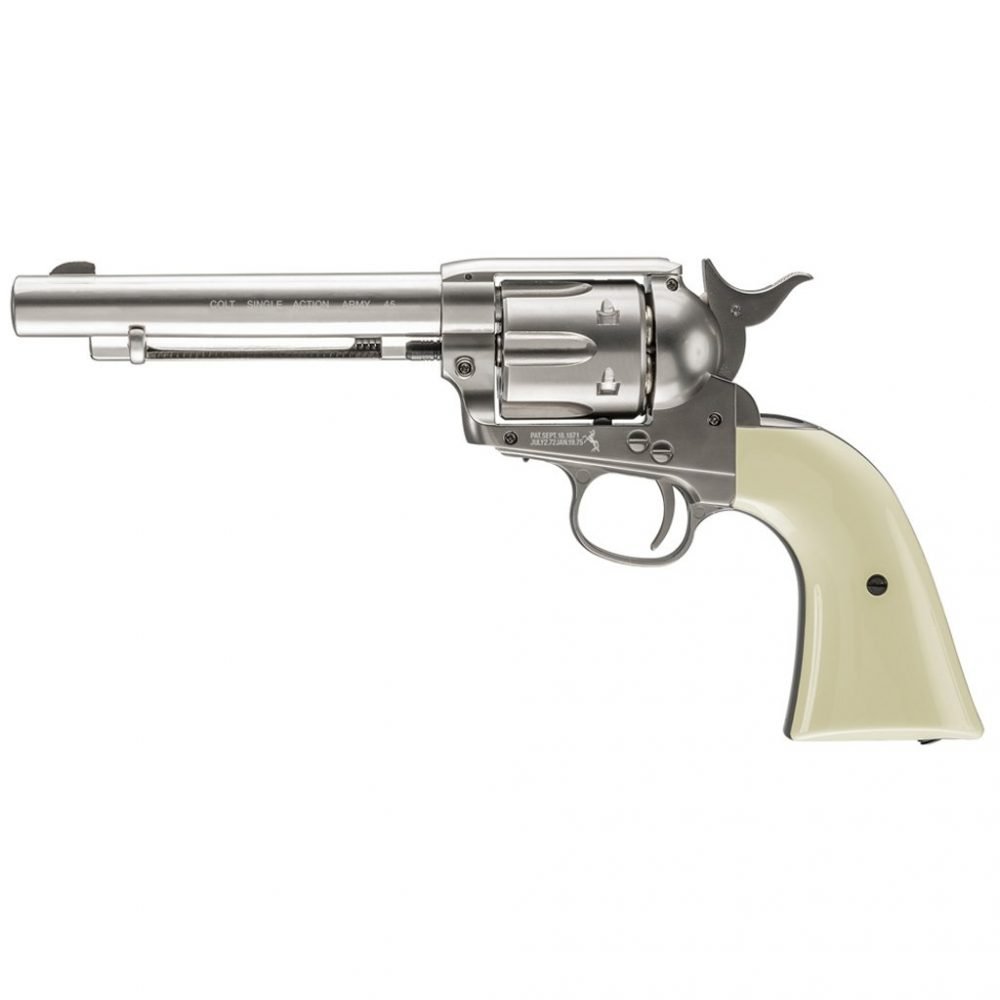 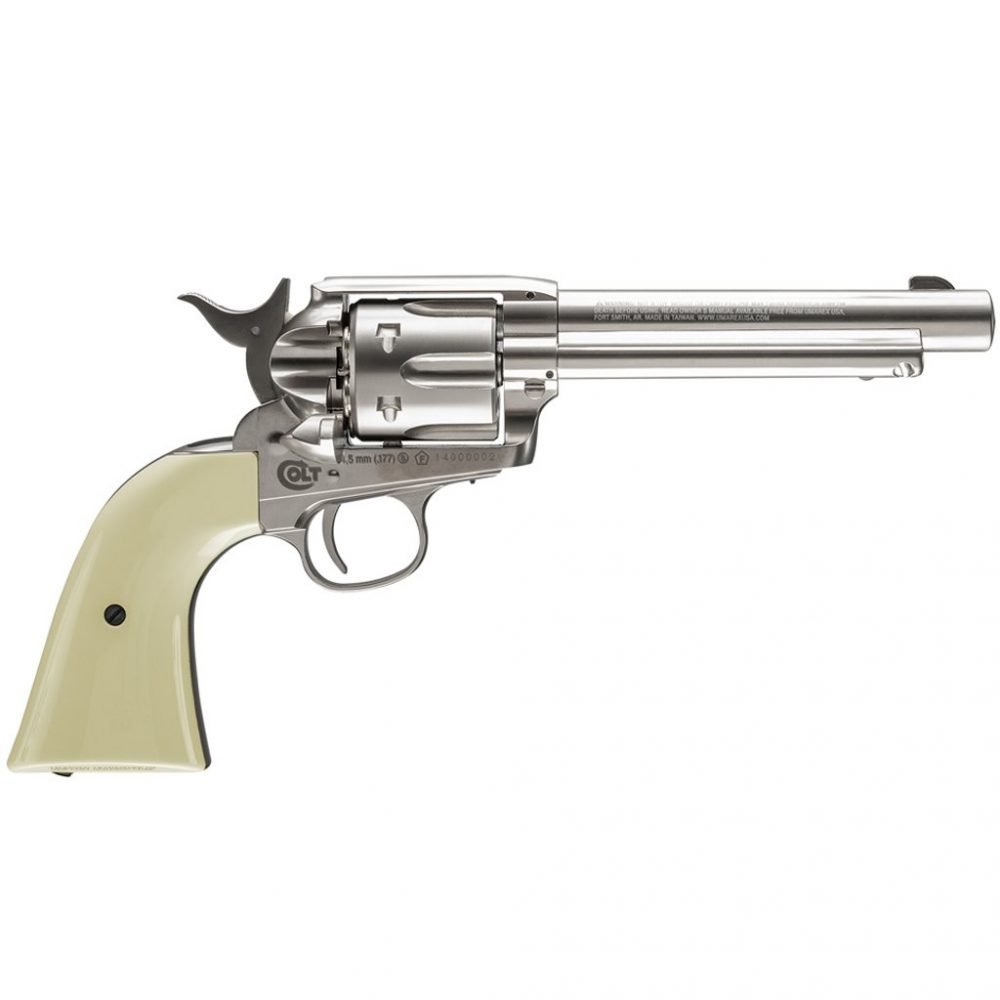 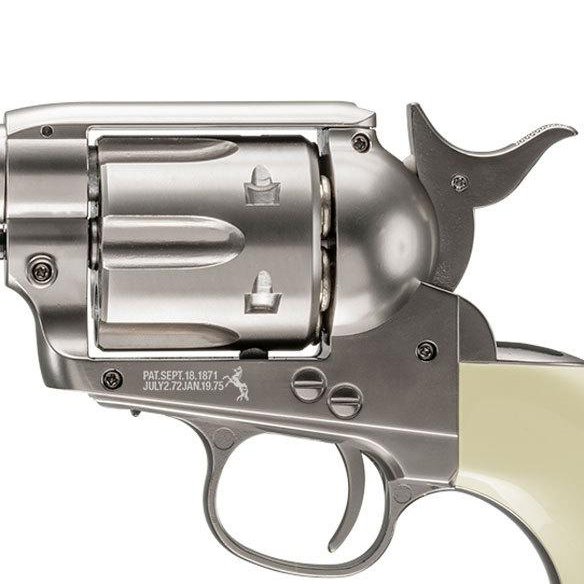 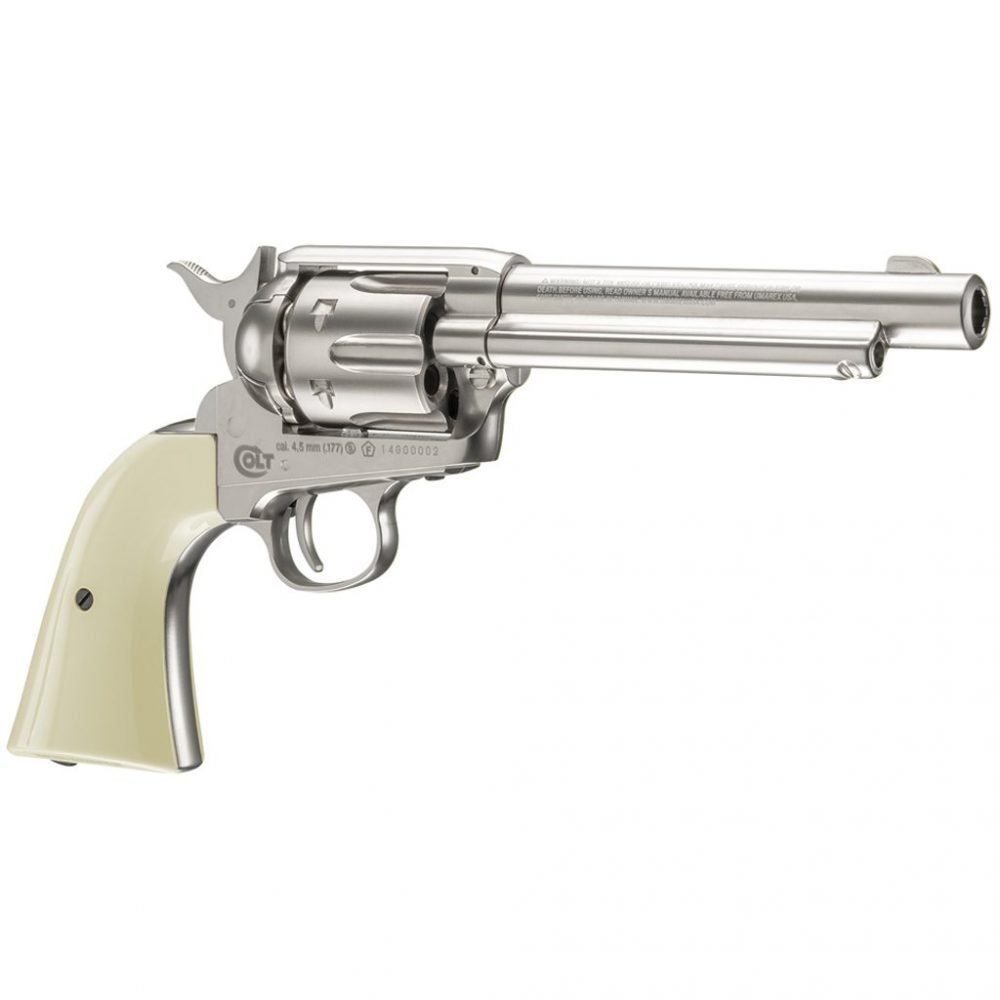 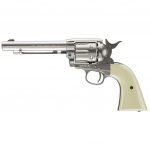 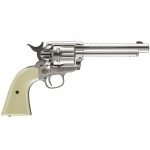 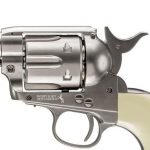 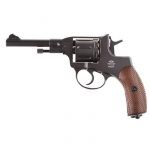 Out of stock
UMAREX
0 out of 5

Included in the Box

Coming from the Umarex Legends line is the Umarex Colt Peacemaker, this is an accurate replica airgun of the famous 1857 Colt Single Action Army that’s historically been used by famous figures such as General Patton, Billy the Kid, Wyatt Earp, Doc Holliday, Billy Clanton, and so much more. The most striking thing about the Peacemaker, is in the name of the revolver it’s based off of. The single action trigger means that you have to manually pull the hammer back in order to pull the trigger. Due to the nature of single action guns, the trigger pull on them are known for being light and crisp, and the Umarex Colt Peacemaker shares this with the original Colt Single Action Army. The other fun bonus of being a single action only revolver, is that you can fan the hammer exactly like they do in the old westerns.

One thing that is to be marveled at the Umarex Colt Peacemaker is the sheer attention to detail that Umarex has provided. The BBs are loaded in fake shells, or snap caps, that resemble real ammunition. Just drop them into the back of the snap caps and put them into the cylinder. Lastly, if you shine a light into the barrel, you’ll find that the revolver even has fake rifling, even though there’s no need for rifling on a BB revolver. As always, Umarex is dedicated to providing customers with the most accurate replica airguns on the market.

Check out our other Umarex products