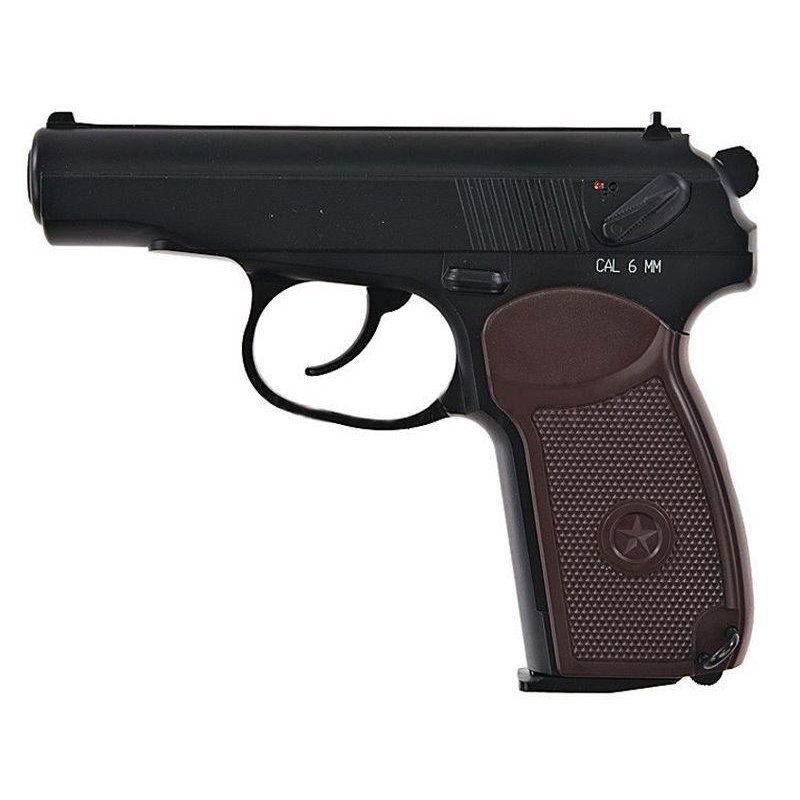 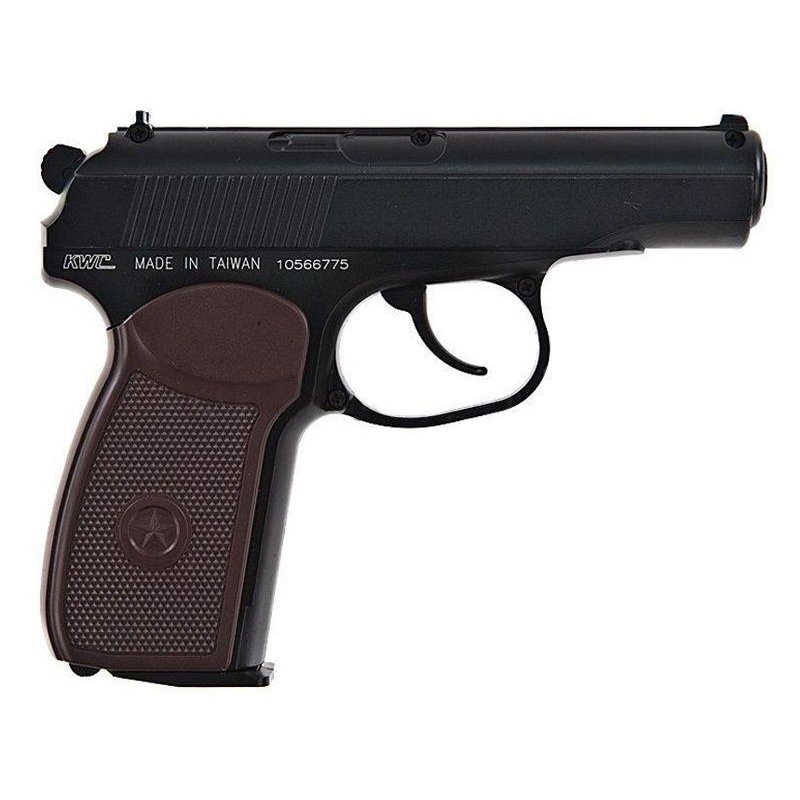 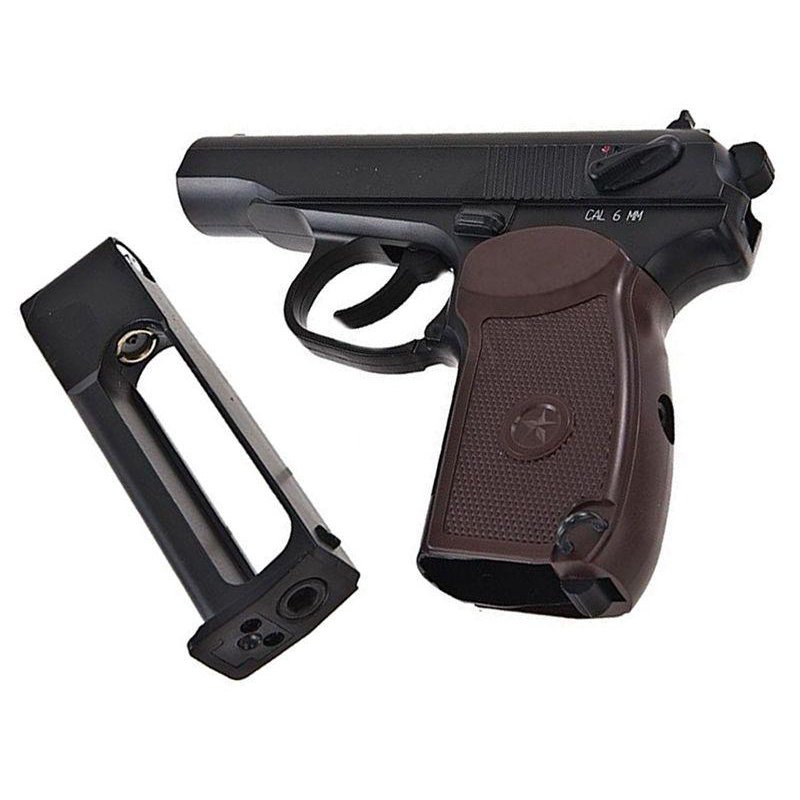 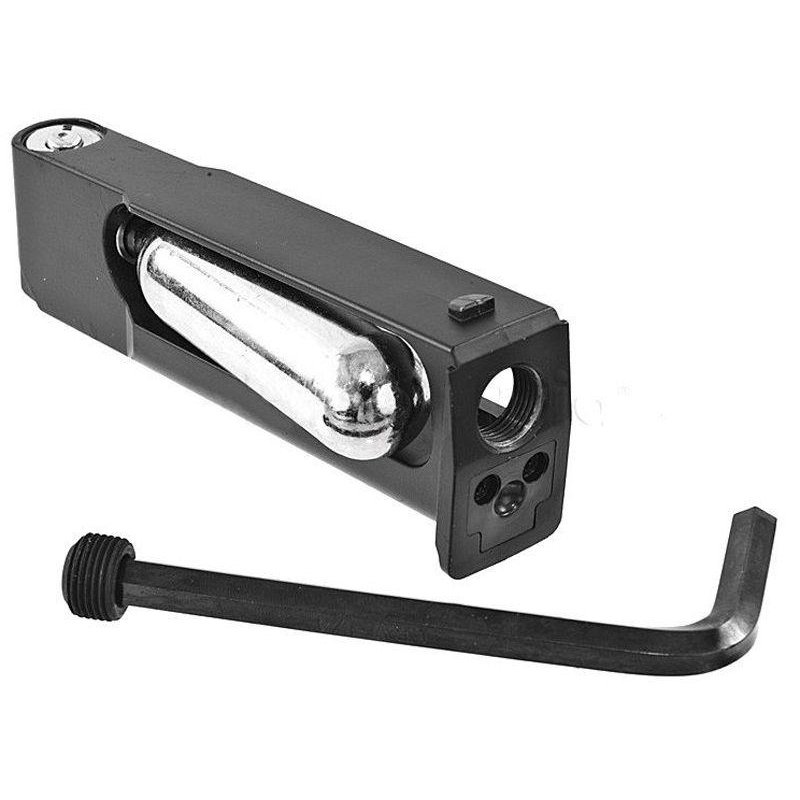 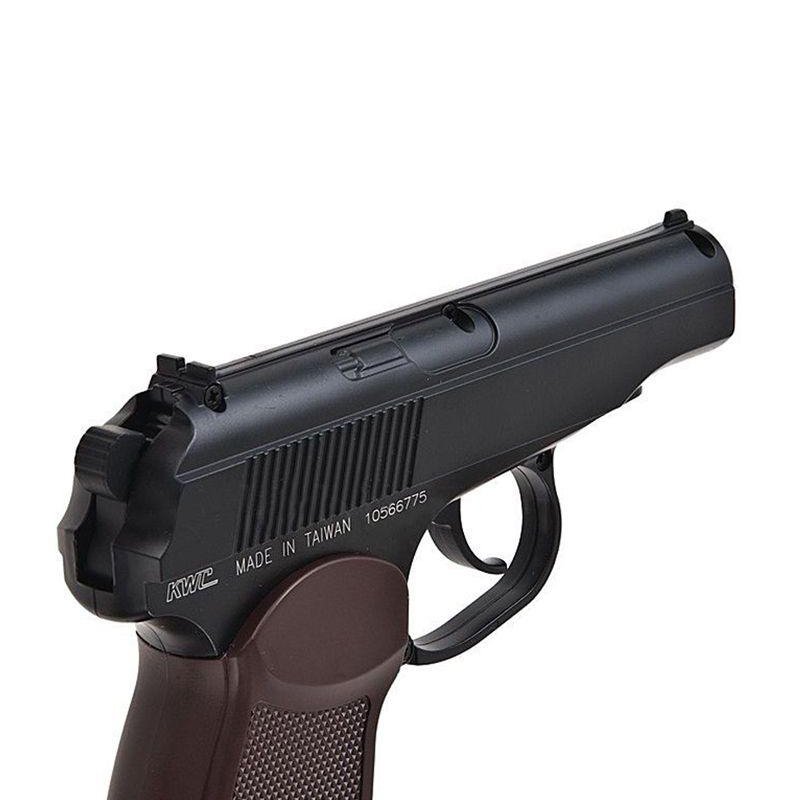 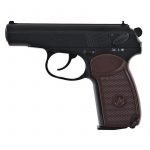 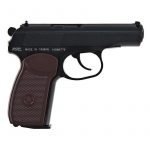 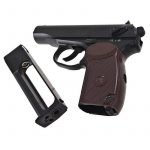 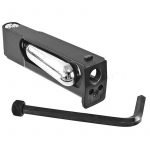 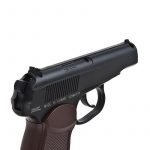 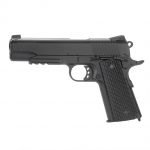 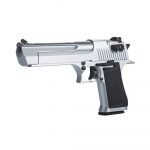 The KWC Makarov PM Airsoft is undoubtedly a great, accurate replica of the Russian Makarov firearm with a hefty full-metal construction, boasting snappy blowback action. The handling and weight of this pistol will not disappoint in the slightest. It also features a full size drop out magazine, working safety, and a light single-action trigger. If you’ve been wanting a gun like the classic Makarov, then you won’t go wrong picking up the KWC Makarov PM Airsoft.

A snippet from Wikipedia on the Makarov PM:

“Shortly after the Second World War, the Soviet Union reactivated its plans to replace the TT pistols and Nagant M1895 revolvers. The adoption of the future AK assault rifle relegated the pistol to a light, handy self-defence weapon. The TT was unsuited for such a role, as it was heavy and bulky. Also, the Tokarev pistols omitted a safety and magazines were deemed too easy to lose. As a result, in December 1945, two separate contests for a new service pistol were created, respectively for a 7.62mm and 9mm pistol. It was later judged that the new 9.2×18mm cartridge, designed by B. V. Semin, was the best round suited for the intended role. The lower pressures of the cartridge allowed practical straight blowback operation (reducing the cost and complexity of the weapon), while retaining low recoil and good stopping power.”

About KWC
Wikipedia Article on the Makarov Pistol