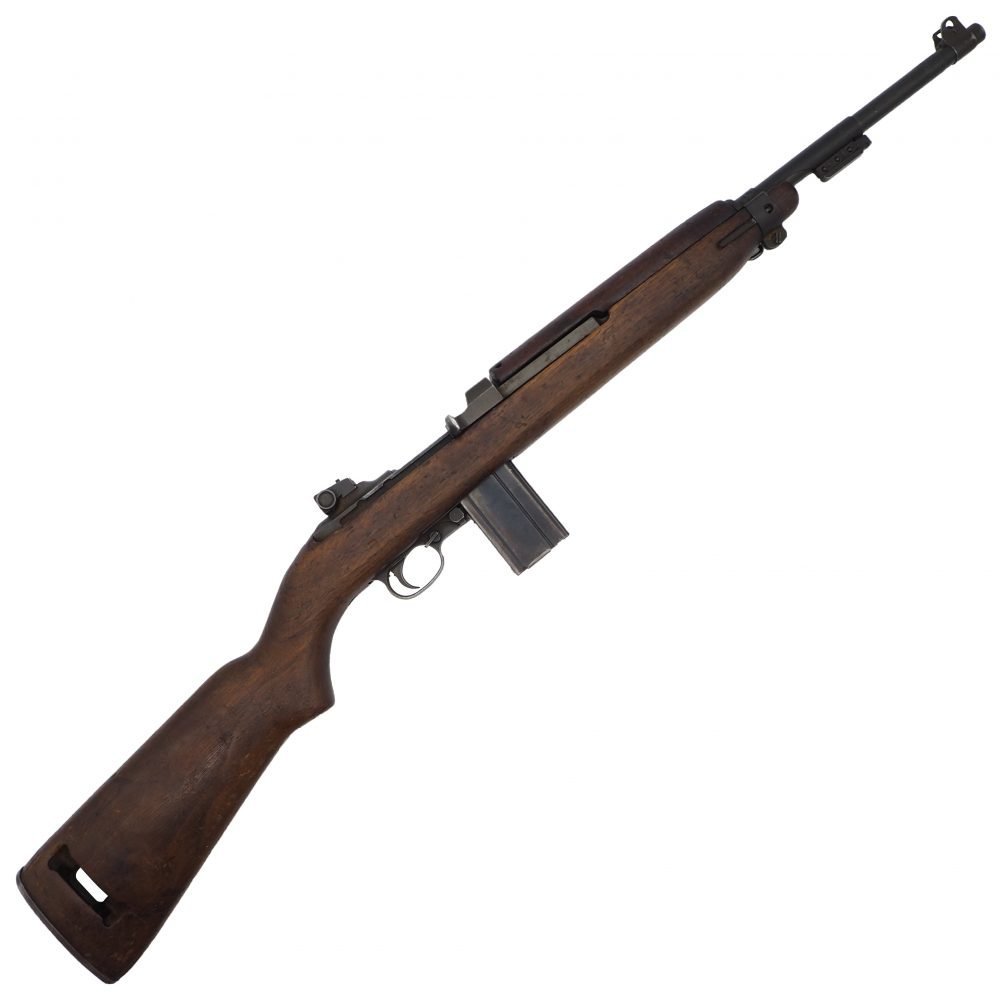 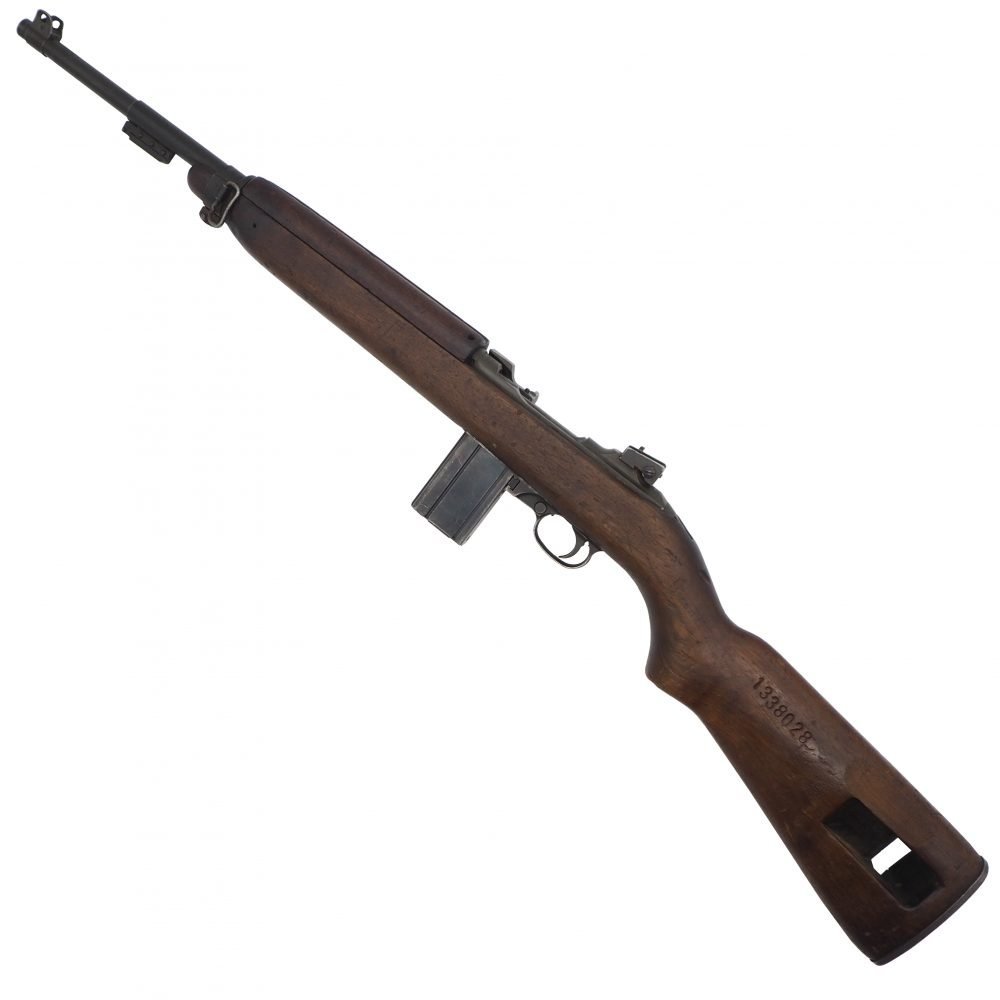 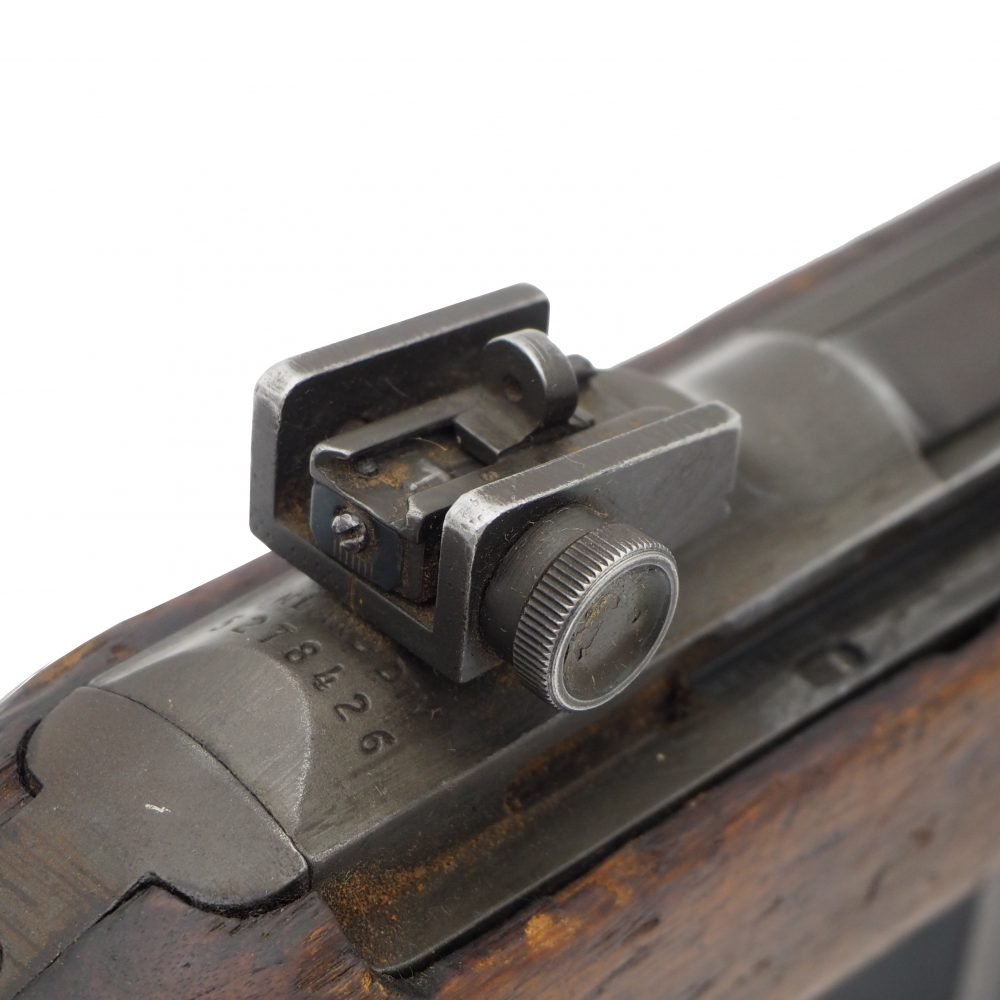 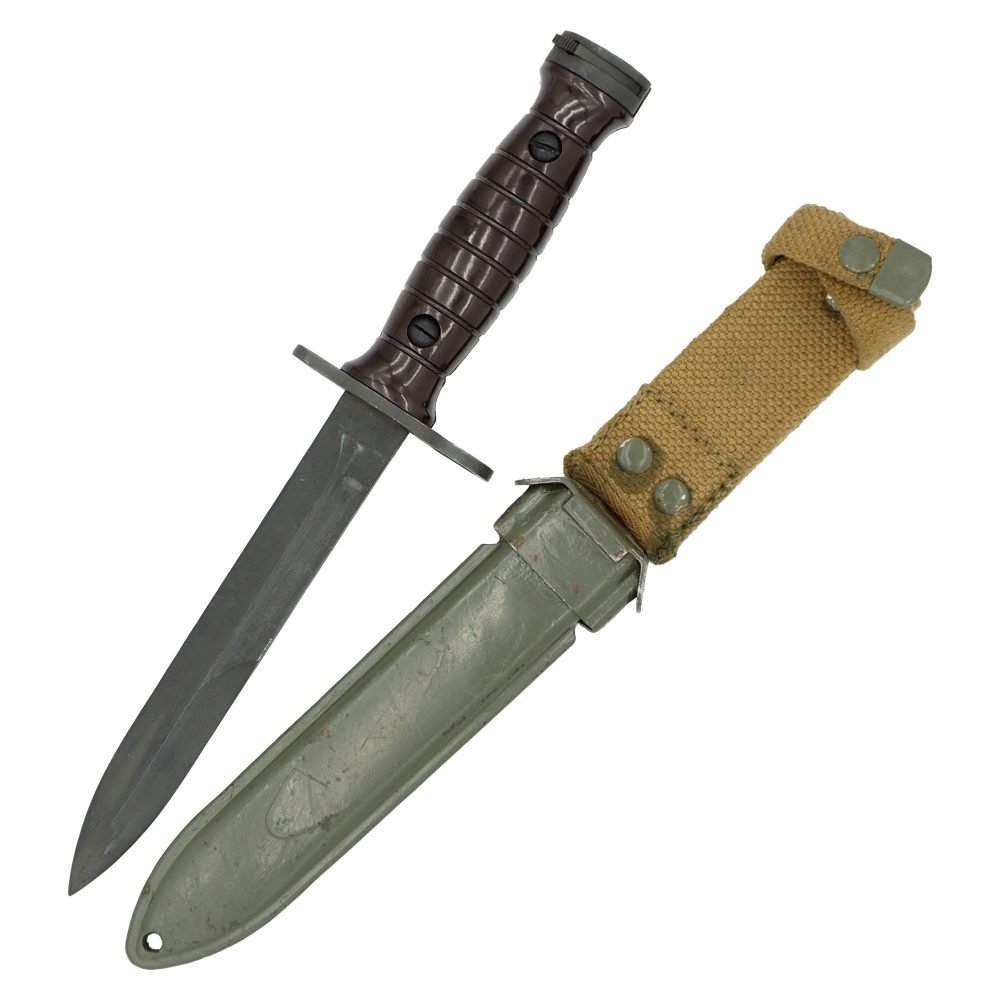 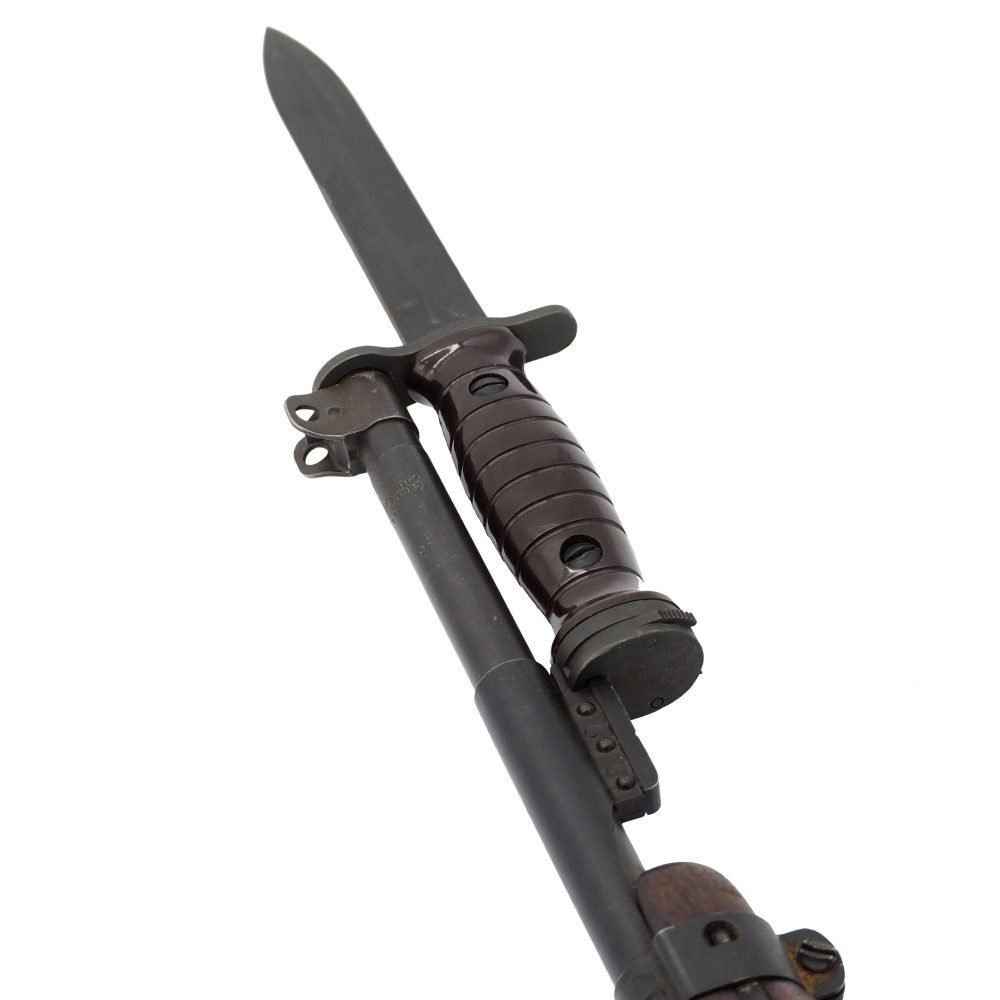 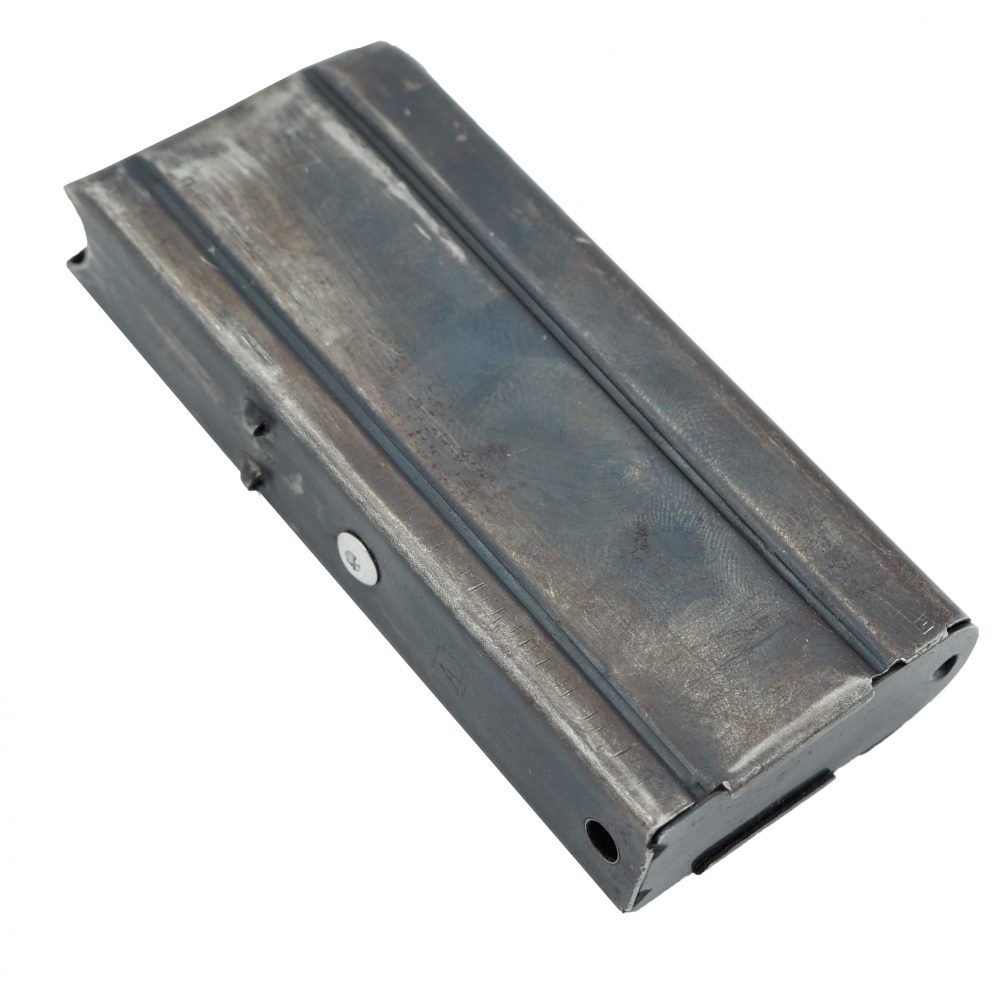 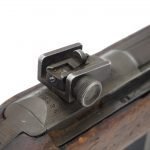 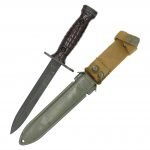 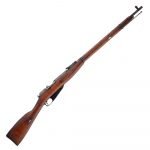 These rifles come in varying conditions. Surplus firearms are not serial-matched unless specifically stated. It is recommended these rifles be inspected & cleaned thoroughly before use. Any failure to do so may cause the firearm to jam or miss-feed, and at worst the firearm will suffer catastrophic failure.

The US M1 Carbine was used by the US military during WWII, the Korean & Vietnam wars. Most of these rifles are late war production; they are outfitted with late period hand-guards, forward sling point, the barrel is fitted with a bayonet lug, low cut stocks, rotating switch safety, and fully adjustable rear sights. Please note that the pictured rifle has the original “I” cut rear sling pass-through but has a late period low wood profile which was probably modified postwar. The stocks of the rifles are dented throughout with chips, however no stock splitting has been observed.

A snippet from wikipedia on the M1 Carbine:

“Prior to World War II, U.S. Army Ordnance received reports that the full-size M1 rifle was too heavy and cumbersome for most support troops (staff, mortarmen, radiomen, etc.) to carry. During prewar and early war field exercises, it was found that the M1 Garand impeded these soldiers’ mobility, as a slung rifle would frequently catch on brush, bang the helmet and tilt it over the eyes. Many soldiers found the rifle slid off the shoulder unless slung diagonally across the back, where it prevented the wearing of standard field packs and haversacks.”

“In 1938, the Chief of Infantry requested that the Ordnance Department develop a “light rifle” or carbine, though the formal requirement for the weapon type was not approved until 1940. This led to a competition in 1941 by major U.S. firearm companies and designers.”